Emma and Galen’s kingdom and their love is threatened by long-lost Syrena in the brilliant conclusion to Anna Banks bestselling trilogy.

Emma, half human and half Syrena, and her Syrena love, Galen, need time together alone. Away from the kingdoms of Poseidon and Triton. Emma’s grandfather, the Poseidon king, suggests the two visit a small town called Neptune.

Neptune is home to both Syrena and Half-Breeds alike. But Emma and Galen didn’t sign up to be peacemakers between the ocean and the land-dwelling, freshwater Syrena. They didn’t bargain for meeting a charming Half-Breed named Reed, who can barely disguise his feelings for Emma. And they especially didn’t expect to find themselves in the middle of a power struggle that threatens not only their love but their ocean kingdoms.

In this stunning conclusion to her bestselling Syrena Legacy, Anna Banks thrills fans with more action and romance than ever.

I really thought that the ending of Of Triton have summed up the entire series so I’m nothing but curious as to why Anna wrote a third book. Don’t get me wrong, I’m not whining about it. I’m actually thrilled when I learned about Of Neptune and looking forward to a new adventure with Emma, Galen and the rest of the characters. Apparently, Of Neptune seems like a bonus story. If you have read Of Poseidon and Of Triton, then you’ll understand why and I love it.

I’m feeling a bit bipolar about this whole thing. So happy that I’ve got to read this and saddened by the thought that this would be the last book on this series. I took my time reading this and really reading each pages. Knowing me to be thrilled on a book, I usually couldn’t get my hands off it, but this is different. As much as possible, I don’t want the book or the series to end.

At first, I’m kind of upset about the whole Emma-Galen-Separated scenario at the beginning of the story, but realized later on that it has its own purpose. If I remember it correctly, they have difficulties on the first two books because they’ve developed this habit of assuming first before talking . Well, it appears they continued to do so, I figured that Anna wants them to realize it’s not healthy and they need to get over it especially if they’re bound to be mated. I’m not pretty sure if that’s how Anna wants readers to see it, but that’s how I presume it is. Plus the fact that they’re confused about what they truly wanted and has separate issues of their own. Galen being so can’t get over Rachel’s death and Emma trying to fit in. I have one concern though, what happened to Rayna and Toraf? Hmm..

I anticipated that their trip to Neptune would just be another side trip. The usual vacation where there would be delicious guys or girls that would be interested to one of them and end up complicating things, but I’m proved wrong. Yes there is one hot guy, Reed, who played head over heels with Emma, but the twists are unforeseen.

The things I hate? Buckle up. I hate how they end up in a fight because of an overrated “She doesn’t understands what I meant.” and “He doesn’t understands how I feel.” That cliche. I’m like “COME ON! Can we just sit down, talk things over and patch it up?” I hate Reed. I’m not certain if he wants Emma per se or he just wants to use her to unite Neptune with the ocean dwelling kingdoms. His intentions are never cleared. I hate Emma for considering Reed, NOT EVEN realizing this is not about her fight to live in Neptune and live out in the ocean with Galen anymore. Like he is choosing between Galen and Reed. Frustrating. I can understand if she sticks with the thought of wanting to live in Neptune because she figures she belongs there, but replacing Galen with Reed? Absurd. I know Galen is somewhat lost, I perfectly understand why and I’m expecting Emma to do so. Instead, she’d let Reed kiss her and what? To test if she will be taken by the moment? Okay. I was carried away. That’s how good Anna is. Ha Ha!

Apart from the things I hate from the romance perspective of the story, I generally love the book. I love the series actually. The conflicts between Emma and Galen add up to why the book is so exciting. Like when you’re watching a teleserye and you want to slap the lead actress for being stupid. That level. The struggles on the story is so thrilling, like the reason Emma and Galen got separated. How the series of unfortunate events turned out in the end. The epilogue is what I imagined the series will be concluded and for that, I’m sooo glad.

I believe the reason this book is created is because Anna wants to further discuss why Jagen wants to rule the ocean kingdoms and for Galen and Emma to settle their differences. Well yeah, it does make sense. I like how she clinched that specific issue and Of Neptune is interesting plot wise. There are still loose ends there though, but I’d rather conclude it myself instead of Anna laying all the cards out. I think I would reread this series in the near future. Highly recommending it to all fantasy readers out there and you might want to read the first two books before this so you can truly grasp the adventure. 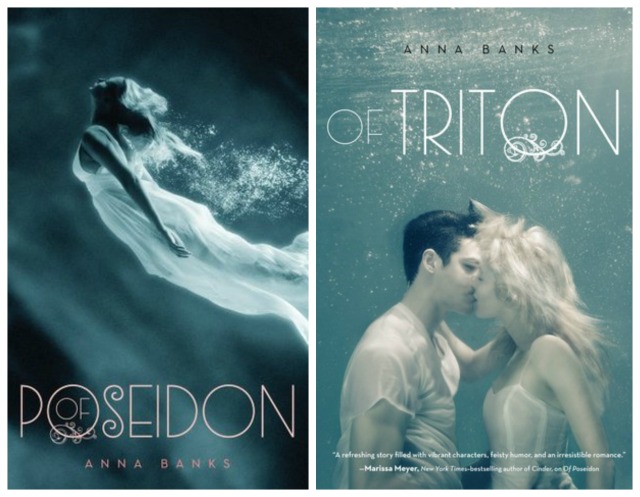