“Years ago, the city of Bulikov wielded the powers of the Gods to conquer the world. But after its divine protectors were mysteriously killed, the conqueror has become the conquered; the city’s proud history has been erased and censored, progress has left it behind, and it is just another colonial outpost of the world’s new geopolitical power. Into this musty, backward city steps Shara Divani. Officially, the quiet mousy woman is just another lowly diplomat sent by Bulikov’s oppressors. Unofficially, Shara is one of her country’s most accomplished spymasters-dispatched to investigate the brutal murder of a seemingly harmless historian. As Shara pursues the mystery through the ever-shifting physical and political geography of the city, she begins to suspect that the beings who once protected Bulikov may not be as dead as they seem-and that her own abilities might be touched by the divine as well.”

I’m not really certain if this falls under Young Adult so I’ve researched and found out that this inclines more to the Adult genre. A bit hesitant in reading this since I don’t really enjoy adult books (I don’t want to feel an adult really. I want to stay young. LOL), but then again when I’ve read its blurb it triggered my curiosity to get the book. I’ve also checked reviews:

There is a lot of fantasy fiction out there and unfortunately, much of it is just a rehashing of the tired old tropes of wizards and elves and swords and onwards. City of Stairs was like nothing I have ever read before. I could praise Robert Jackson Bennett on his world building alone. I could read a history about the lands and cultures he created in this book and be incredibly entertained. And yet, despite all these new foreign locations and strange sounding character names, the whole fantastical story felt incredibly grounded in real human characters. They were tortured and lovable and funny. Overall, the book definitely lived up to the hype.
— Amanda Steinhoff, author of Lily and the Golden Lute

City of Stairs by Robert Jackson Bennett strength lies in its world building, history, and the reader’s desire to unravel that history, but unfortunately the plot does not match the strength of the world building and the novel suffers because of that. I really wanted to like this book a lot but I feel that Bennett wanted to write three separate novels, each one suffering in quality because he tried to do too much. He tried to drive the novel by using mystery, world exploration, and characterization. If he would have focused on world exploration first, because his world is without a doubt the most interesting thing, the novel would of succeeded more admirably.
— Paul of Common Touch of Fantasy

I couldn’t even finish listening to the book…. It didn’t catch my eye and my mind ended up wondering more than anything. Just not a good choice for me.
— Carissa Sanchez

To tell you honestly, I came across only one review that rated a star (on Goodreads that is) so that’s something right? I’m pretty excited about this though I’ve only read a couple of pages since I’m still experiencing a PHRS (Post Reading High Syndrome) with Snow Like Ashes. LOL! Book review to follow. For now, happy reading to me! 😀

Book Beginnings on Fridays is hosted by Rose City Reader, where we share the first sentence (or so) of the books we are reading, along with initial thoughts about the sentence, impressions of the book, or anything else the opener inspires.

“And Olvos said to them: “Why have you done this, my children? Why is the sky wreathed with smoke? Why have you made war in far places, and shed blood in strange lands?””

What do you think of the book’s beginning? You could share book beginnings on your current read too. Comment the link of your own Book Beginnings on Fridays so I can check it out and have an idea of amazing books that I would want to read. Come on! Join us! 😀 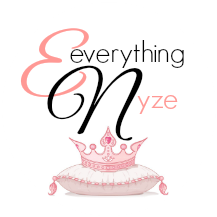