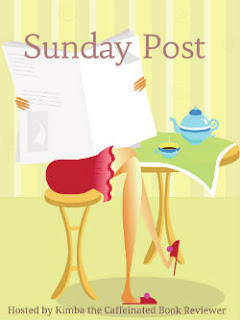 The Sunday Post is a weekly meme hosted by Caffeinated Book Reviewer. It’s a chance to share news~ A post to recap the past week on your blog, showcase books and things we have received. Share news about what is coming up on our blog for the week ahead.

This week has been frustrating. The bank had a system “upgrade” and I’m unable to withdraw money. Money that I’ve worked for. When I asked them when would the system be fixed, they provided an indefinite answer. How can you say that if people need to pay bills and eat? I was so broke, I nearly cried. I can’t believe they decided to “fix” their system in time for the payout and on a Friday knowing they’ll resume operation Monday. Do they expect us to know it via precognition since they didn’t provide a notice? What the fudging hell?? My co-worker even tried to withdraw from an ATM. Unfortunately her account was debited, but no money came out and according to them, they will process it for a reversal within seven business days. Seven business days for God’s sake! I so hate them! How could them? So incompetent and so inconsiderate! Good thing my friend let me borrowed some cash so I can live on up until their system is fixed. Sigh. Sorry. I rarely rant about things in life, but this is way too much and I just need to let this out. Anyway, we were able to get the money Saturday night so I moved on. I just hope this won’t happen again. Ever. Again.

Last Week On The Blog

Next Week On The Blog

Everyone wants to either be a member of the Guild or work for them. Little does the populace know that the Guild hides sinister secrets… For Tate Sullivan, life in her small, coastal town is far from glamorous. The affluent lives of the Guild members and their servants isn’t something she has ever wanted. But all sixteen year-olds must take a simple test, and Tate’s result thrusts her into the Guild’s world, one where they hide horrible plans for those they select. Tate must fight the relentless General Dagon for control of her mind, body, and soul to keep the one precious thing she has always taken for granted: herself. Her only ally is the same handsome boy she is pitted against in General Dagon’s deadly game. Quinn desires nothing more than to end the life of General Dagon who has taken over Tate’s mind. While romance blooms between Tate and Quinn, General Dagon plots to eventually take over Tate’s body, and love might end before it even begins.

After a lot of heartaches, NetGalley finally approved me for books I requested
so the rule of “Three Books Per Week” would not be valid this week. Haha! 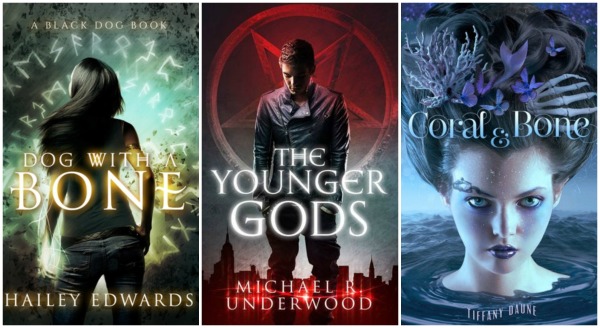 Do you have a Sunday Post too? Please leave your links on the comment box. I’ll check them out 😀

Linking this up with Stacking the Shelves